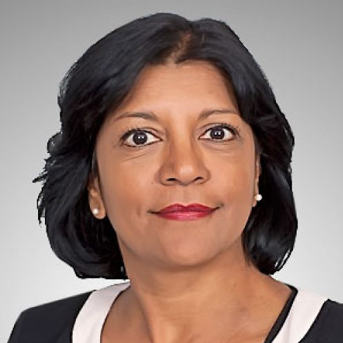 Ms Cherise Valles is Deputy Director at the Advisory Centre on WTO Law (ACWL) in Geneva, Switzerland. The ACWL is an international organization, independent from the World Trade Organization (WTO), with a mandate to ensure that developing and least-developed countries are able to protect their interests in the WTO legal system.

Ms Valles assists ACWL developing country Members at all stages of dispute settlement proceedings and regularly appears before the Appellate Body, panels and arbitrators at the WTO. Before joining the ACWL, Ms Valles was at the U.S. law firm of Sonnenschein (now Dentons). Previously,  she was a member of the Canadian Foreign Service. At the Trade Law Bureau, she provided legal advice to the Canadian government on a wide range of issues, including services, investment, and the Canada – U.S. softwood lumber dispute. She is frequently appointed as an Arbitrator for domain name disputes by the World Intellectual Property Organization (WIPO).

Ms Valles has a M.A. from the Norman Paterson School of International Affairs at Carleton University, a B.A. (Hons.) from McGill University and an LL.B. from the University of Ottawa. She is widely published on international trade law. Her most recent article is “Challenging Unwritten Measures in the World Trade Organization: The Need for Appropriate Legal Standards” (co-author) in the Journal of International Economic Law.