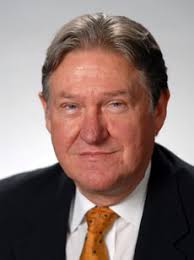 Professor David Freestone is a Professorial Lecturer and Visiting Scholar at George Washington University Law School in Washington D.C. He is the Executive Secretary of the Sargasso Sea Commission, established by the Government of Bermuda pursuant to the 2014 Hamilton Declaration on Collaboration for the Conservation of the Sargasso Sea. He is also founding Editor of the International Journal of Marine and Coastal Law (now in its 34th year).

From 1996-2008 he worked at the World Bank in Washington DC, retiring as Deputy General Counsel/Senior Adviser. From 2008-2010 he was the Lobingier Visiting Professor of Comparative Law and Jurisprudence at the George Washington University Law School. He was the Ingram Fellow at the University of New South Wales in Sydney in 2009 and has held other visiting positions including at the Fridtjof Nansen Institute (2014-18), University of Cape Town (2016) and the Oxford University Martin School (2018). He is the author/editor of some 30 books and more than 200 academic articles. His most recent book is Conserving Biodiversity in Areas beyond National Jurisdiction (Brill, 2019). In 2008 he was awarded the Elizabeth Haub Gold Medal for Environmental Law.