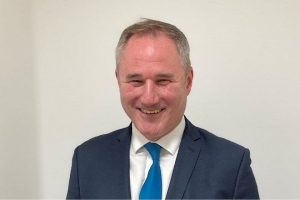 Douglas Wilson is the Director General of the Attorney General’s Office, appointed in May 2021.

Previously, he spent four and a half years in cyber agency GCHQ as Director of Legal Affairs and International Relations, serving on the Board as part of the senior leadership.

In 2020 he spent 7 months as Acting Director of General Strategy which involved oversight of GCHQ’s response to the Covid-19 pandemic, and of GCHQ’s pitch to the Integrated Review and Spending Review settlement.

Doug was previously Legal Director at the Foreign and Commonwealth Office and before that Head of International and European Law at the Attorney General’s Office. Doug spent nearly 4 years at the UK Mission to the United Nations in New York, first in a legal role and then in the UK’s Security Council Team. Doug was previously posted to the British Embassy in Baghdad as Legal Adviser and Head of the Human Rights and Justice Section and has served in various home postings as an Assistant Legal Adviser in the Foreign and Commonwealth Office.

Doug did pupillage at 20 Essex Street Chambers and qualified as a barrister in London, having studied law at Glasgow, Copenhagen, and Cambridge.