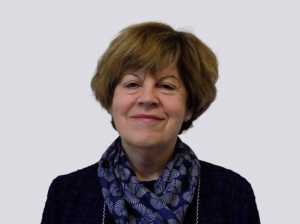 Elizabeth Wilmshurst CMG KC is Distinguished Fellow, International Law, at Chatham House. She was a legal adviser in the United Kingdom diplomatic service between 1974 and 2003. Between 1994 and 1997 she was the Legal Adviser to the UK mission to the United Nations in New York. She took part in the negotiations for the establishment of the International Criminal Court. Her experience has been in public international law generally, with a particular emphasis on the use of force, international criminal law, the law of the United Nations and its organs, consular and diplomatic law, State and sovereign immunity, international humanitarian law.