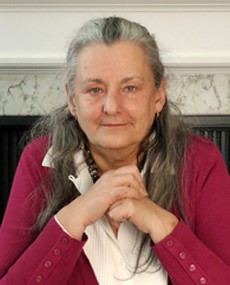 Françoise Hampson is Emeritus Professor of Law at the University of Essex, where she taught from 1983 – 2011. She was a member of the Steering Committee and Group of Experts for the ICRC’s Study on Customary International Humanitarian Law. She is one of the peer reviewers for the ICRC’s updated commentary on Geneva Convention III. She regularly teaches on courses and workshops at the International Institute of Humanitarian Law, San Remo. From 1998-2007, she was the UK-nominated member of the UN Sub-Commission on the Promotion and Protection of Human Rights.

Françoise has frequently represented applicants before the former European Commission and European Court of Human Rights, particularly in cases arising out of armed conflict. For her work representing Turkish Kurds in the 1990s, she was awarded, with her colleague the late Professor Kevin Boyle, the title Human Rights Lawyer of the Year in 1998. More recently, she has submitted third party interventions, with her colleague Professor Noam Lubell, in the cases of Hassan v. UK and Georgia v. Russia (No.2). Since December 2016, she has been one of three Commissioners on the UN Commission of Inquiry on Burundi.