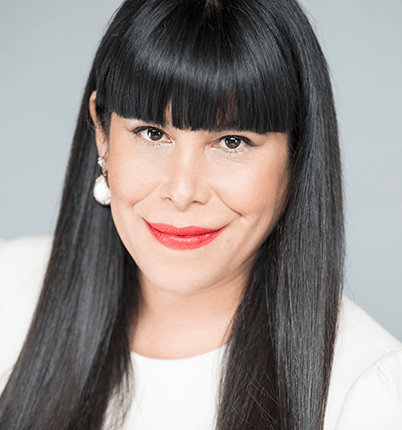 Monica’s practice in public international law is substantial and covers the full spectrum in the field including statehood, treaty interpretation, state responsibility, the law of immunities, investment law, law of the sea, boundary delimitation, transboundary environmental damage, environmental law, UN law, the law of international organisations, diplomatic protection, consular law, self-determination, human rights, use of force, humanitarian law, international criminal law and international dispute settlement. Monica also sits as arbitrator. She recently sat as Arbitrator (Chair) in a €1.2 billion+ renewables investment arbitration with a seat in The Hague and has been a guest lecturer at the LCIL Executive Course on Investment Law and Arbitration, University of Cambridge. Monica is in the UK-Korea FTA dispute resolution list of arbitrators (proposed by the UK) and was appointed by the government of Malaysia to the Advisory Council of the Asian International Arbitration Centre (AIAC).

Regularly instructed in complex and high-profile cases, Monica acts as counsel for Sovereign states and private parties in cases before English courts, international courts and arbitral tribunals under a variety of rules and applicable laws. She has acted in cases before the Court of Appeal, the High Court, the International Court of Justice (ICJ), Permanent Court of Arbitration (PCA), International Tribunal for the Law of the Sea (ITLOS), OECD procedures, UN Human Rights Committee, CEDAW Committee, Committee on the Rights of the Child, Inter-American Commission on Human Rights, Inter-American Court of Human Rights, ICSID, SCC and SIAC tribunals, International Criminal Tribunal for ex-Yugoslavia (ICTY), UN Special Procedures and diplomatic fora. She is admitted before the International Criminal Court (ICC). Increasingly, she is instructed to appear also in foreign courts. She advises in English, Spanish and French.
Monica’s litigation work in public international law has been cited in Armed Activities on the Territory of the Congo (Democratic Republic of the Congo v Uganda) in the ICJ, in the Reparations Order in The Prosecutor v Bosco Ntaganda and in the Katanga case by the ICC, as well as in proceedings before UN organs. Her scholarship has been referred to in proceedings before the ICJ in in the case of Avena and Other Mexican Nationals (Mexico v United States of America), by the African Court on Human and People’s Rights, by the UN Secretary General on a Guidance Notes on Reparations under International Law.
Monica is considered to be one of the preeminent experts in climate change and environmental litigation worldwide. She has advised Sovereign States on the feasibility of an Advisory Opinion on climate change before the ICJ and ITLOS, and her expertise in this area of law is acknowledged in her appointment to the IUCN World Commission on Environmental Law (Oceans Law and Climate Change Specialist Groups). Notably, she was a speaker addressing the topic of the “World Court and Climate Change” at COP26 in Glasgow. Monica was counsel in the first climate change contentious case before the UN Human Rights Committee, the Torres Strait Islanders case, and in recent years has been active in cases raising sea-level rise issues, sinking islands, environmental degradation, oil spills, transboundary harm, climate change as a human right issue, environmental harm of waterways, protection of rivers, biodiversity, phasing-out coal mining cases and the enforcement of the Paris Agreement before a variety of international organs. She also advised a State Party representative of a Least Developed Country in the drafting of the Rules of Procedure of Compliance with the Paris Agreement.

Monica is an expert in the substance and procedure (including service of process) of diplomatic immunity, state immunity, and the immunity of State officials and special missions. She is also an expert in consular law, in all aspects of the Vienna Convention on Consular Relations. From 2018 to 2019 she served as Assistant Legal Adviser to the Foreign and Commonwealth Office where she routinely advised in those areas, including in the implementation of the Supreme Court judgment in Benkharbouche. Recent notable work includes acting for a Sovereign in an employment case raising the interpretation of s.5 of the State Immunity Act, acting in the judicial review of Harry Dunn’s parents against the Secretary of State for Foreign and Commonwealth Affairs (raising nuanced aspects of diplomatic immunity), advising a UN Specialised Agency on the immunity of international organisations and arbitration in complex contracts, advising in the high-profile US$1bn gold dispute relating to the Central Bank of Venezuela (on recognition of governments and executive certification before commercial courts), and advising a State sitting on the board of the World Bank on immunity matters. Her expertise in the area of immunities is reflected in her forthcoming book Foreign State Immunity and Enforcement of Arbitral Awards in English Courts to be published by Oxford University Press.

Monica’s career at the Bar is built on significant experience working for international courts and tribunals which include the International Court of Justice where she advised in the seminal case on Genocide (Bosnia v Ex-Yugoslavia), and the ICTY (Chamber Trial I) where she advised on international humanitarian law and the law of command responsibility. She also served as legal adviser to a State Delegation to the Diplomatic Conference that negotiated the Rome Statute and established the ICC.