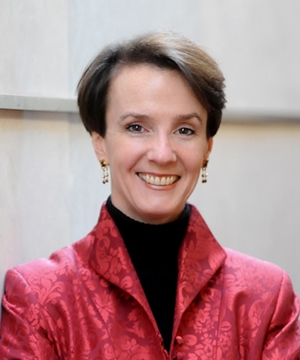 Sarah H. Cleveland is the Louis Henkin Professor of Human and Constitutional Rights, and Faculty Co-Director of the Human Rights Institute at Columbia University Law School in New York. Cleveland is a member of the Secretary of State’s Advisory Committee on International Law and the UK/Canadian High Level Panel of Legal Experts on Media Freedom, a Council Member of the International Bar Association’s Human Rights Institute, and a Commissioner with the International Commission of Jurists. She was formerly Vice Chair and Member of the UN Human Rights Committee (2015-2018) and Member of the Venice Commission of the Council of Europe (2010-2019), and served as Co-Coordinating Reporter of the American Law Institute’s Restatement (Fourth) of the Foreign Relations Law of the United States (2012-18). From 2009 to 2011, Cleveland served as the Counselor on International Law to the Legal Adviser at the U.S. Department of State.

A former Rhodes Scholar and law clerk to U.S. Supreme Court Justice Harry Blackmun, she is a graduate of Brown University (A.B.), Oxford University (M.St.) and Yale Law School (J.D.). She has written widely on issues of international law, national security, and human rights, and has taught at the Harvard, Michigan, and University of Texas law schools; Oxford University, Sciences-Po University Paris, the University Panthéon-Assas (Paris II), the Graduate Institute of International and Development Studies, Geneva, and the European University Institute, Florence.