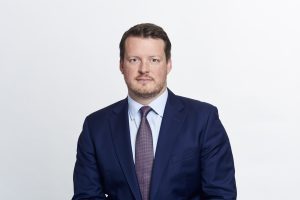 Christopher Harris KC is widely recognised as one of the leading barristers practising international law at the English Bar and a real specialist in investment treaty arbitration.

He is regularly instructed as lead counsel in a variety of major international investment disputes as well as in complex enforcement proceedings before the English courts raised questions of international law, especially immunity.

In addition, Christopher has been instructed in many market-leading enforcement actions before the English Courts in which he has advanced complex international law and state immunity arguments. He has also led in high-profile extradition proceedings relating to an investment arbitration and raising complex issues of international law.

In 2020, Christopher was designated by the British Government to the ICSID Panels of Arbitrators and Conciliators and in 2021 he was appointed the UK member on the ICC Court of Arbitration.