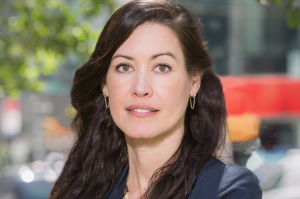 Emma’s experience spans disputes throughout the Americas, Africa, Asia, Europe and the Middle East. She is ranked in Who’s Who Legal where she has been described as “a top advocate in international commercial and investment arbitration” and “a great public international lawyer” who “gives clients a great sense of security, that they are opting for the best available step as proceedings advance”. Clients praise her “practical and creative strategies and deep substantive expertise” and say she is “versatile, pragmatic, solution-oriented and when she takes the floor she commands attention”. She has been selected repeatedly as one of Latin America’s Top 100 Female Lawyers by Latinvex for her practice involving the region. She regularly advises clients in connection with transactional matters, including investment risk mitigation, treaty protection planning and the drafting of dispute resolution clauses in international contracts.

Emma has an active pro bono practice encompassing representation and advice in matters at the state, federal, regional and international levels, including proceedings before the United States Supreme Court, the International Criminal Court, the European Court of Human Rights, the Extraordinary Chambers in the Courts of Cambodia (the Khmer Rouge Tribunal) and various United Nations bodies.

Emma holds an honors degree in law from Balliol College, University of Oxford and an LLM in international law from New York University School of Law, where she served as a graduate editor of the Journal of International Law and Politics.