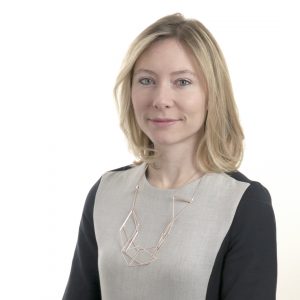 Laura has experience representing companies and States in disputes across many industries, including: banking; gaming; hospitality; manufacturing; oil and gas; petrochemicals; pharmaceuticals; and private equity. She advises on a wide range of PIL issues, including international investment law, State immunity and the immunity of international organisations; international human rights law; international humanitarian law; the law of the sea; statehood and sovereignty issues; treaty interpretation; and UN procedure. She has acted for both claimant investors and respondent States in complex and high-value international investment arbitrations under all of the major arbitral rules (ICSID, SCC, UNCITRAL). She has acted as counsel in ad hoc inter-State proceedings conducted under the auspices of the Permanent Court of Arbitration. Laura also regularly advises on PIL issues before domestic courts (including, in particular, State immunity issues, recognition and enforcement of arbitral awards, and set-aside proceedings), and is currently advising a client defending set-aside proceedings in which a reference has been made to the CJEU.

Laura has delivered numerous training courses to officials of State clients and lectures at academic and other institutions on topics of PIL. Recent highlights include providing training to Government officials of two Asian States on various topics within the law of the sea; delivering lectures to post-graduate students on the Diplomatic Studies Programme and as part of the Public International Law Discussion Group series at the University of Oxford; and teaching at King’s College London. Laura is frequently invited to speak at conferences and has authored and co-authored numerous articles on topics of PIL and international arbitration.

In the six months leading up to the UK’s original scheduled departure date from the EU, Laura spent six months at the UK’s Foreign & Commonwealth Office, where she was advising the British Government on PIL issues arising out of Brexit. Laura has continued to focus on, and has widely written and spoken on such issues, since her return to Fietta LLP. She is member of LexisNexis’s Q&A panel of experts for its Arbitration and Brexit practice areas. Laura is a founding board member of the Young Public International Law Group, a network of PIL practitioners from law firms, the bar, international organisations, governments and academic institutions. She is also a member of the International Law Association (British Branch) and a member of ArbitralWomen.