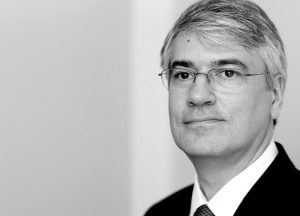 Professor Takis Tridimas is a leading scholar in the field of European Union law. He is one of the most frequently quoted authors by Advocates General of the European Court of Justice and, on matters of EU law, by English courts. He joined King’s College in September 2013. Before then, he was the Sir John Lubbock Professor of Banking Law at Queen Mary College, University of London (2004-2013).

He also served as référendaire (law clerk) to Advocate General Sir Francis Jacobs at the European Court of Justice (1992-1995). He was senior legal adviser to the EU Presidency (2003) and Chairman of the Committee set up by the EU Council of Ministers to draft the Treaty of Accession of 2003.