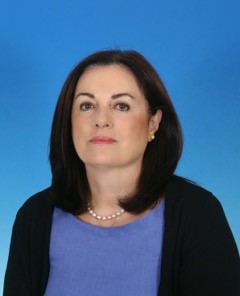 Maria Telalian has been the Legal Adviser of the Greek Ministry of Foreign Affairs and the Head of the the Legal Department since 2013, having previously been Head of the Public International Law Section of the Legal Department. From 2005 to 2007 she was appointed Deputy Permanent Representative of Greece to the UN. She is Agent of Greece before the International Court of Justice, Counsellor of the Greek State in cases brought against it before the European Court of Human Rights, Member (for Greece) of the Panel of Arbitrators of the Permanent Court of Arbitration, and Representative of Greece to the Sixth Committee of the UN General Assembly.

She is a former Member of the Appeals Board of the Western European Union for the settlement of disputes arising out of the WEU Staff Rules and has taught international law and the law of the sea at the Diplomatic Academy of the Greek Foreign Service, and law of the sea at the Rhodes Academy on Oceans Law and Policy, for many years.