Bingham Centre for Rule of Law 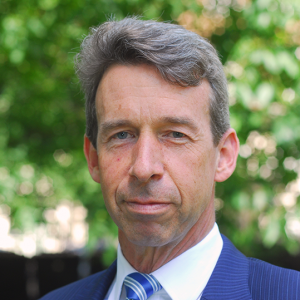 Murray Hunt is the Director of the Bingham Centre for the Rule of Law.

He has a lifelong interest in the ways and means by which the values a society considers fundamental attain and keep a special normative status, how that special status can be reconciled with a commitment to representative democracy, and how to get practitioners and theorists to talk to each other about these questions so that practice is informed by theory, and theory informed by practice.

From 2004 to 2017, Murray was Legal Adviser to the Joint Committee on Human Rights in the UK Parliament, a role which involved him scrutinising all Government legislation for human rights compatibility and all Government responses to human rights judgments by courts, as well as keeping the effectiveness of the UK’s human rights machinery under review. Before that, he was a practising barrister in London between 1992 and 2004, with a wide-ranging practice in public law and human rights which involved frequent appearances in the UK’s higher courts and the European Court of Human Rights.

Murray is the UK’s alternate member of the Council of Europe’s Commission for Democracy Through Law (the Venice Commission). He is Legal Adviser to the All Party Parliamentary Group on the Rule of Law, for which the Bingham Centre provides the secretariat. Murray is also an Associate Member of Matrix, which, with a number of like-minded barristers, he helped to set up in 2000. He is also a Bencher of the Middle Temple.

Murray is a Visiting Professor in the Law Faculty at the University of Oxford, where he gives an annual seminar course on the role of parliaments in the international and national systems for the protection of human rights. Since 2011 he has been the Principal Investigator on the Parliaments, Rule of Law and Human Rights research project, funded by the Arts and Humanities Research Council. One of the purposes of the project is to build the international consensus necessary to underpin some internationally agreed principles on Parliaments and Human Rights. In 2018 a set of draft Principles was considered by the UN Human Rights Council.

Murray was educated at Oxford (BA 1987 and BCL 1988) and Harvard Law School (LLM 1990). He is the author or co-editor of a number of publications, including Using Human Rights Law in English Courts (1997) and Parliaments and Human Rights: Redressing the Democratic Deficit (2015).

Murray lives in Oxford with his family, which includes a recently qualified primary school teacher and two football-mad teenage boys who keep him human, if not sane.