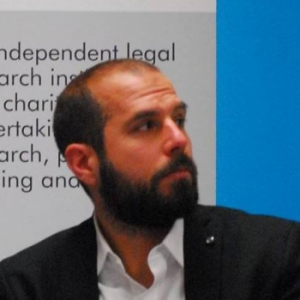 Antonios is Professor of Public International Law at the Faculty of Law and Fellow in Law at St Anne’s College. He has taught as a visitor at the Universities of Paris (Paris II – Assas, Paris X – Nanterre), Angers, London (King’s College), Athens (National and Kapodistrian), Bern (World Trade Institute), Jerusalem (Hebrew University), at the Interdisciplinary Center (IDC) in Herzliya, and at the China University of Political Science and Law in Beijing. He was previously lecturer in international law at University College London and at the University of Glasgow. Antonios has also delivered a special course at the Xiamen Academy of International Law in 2017 and has been invited by the Curatorium of The Hague Academy of International Law to deliver a special course in 2026.

Antonios studied law in Athens, New York, and Oxford, during which time he also worked as a Researcher for the Ministry of Foreign Affairs of Greece in Athens and New York and for the UN Office in Geneva, and as a Graduate Teaching Assistant for the Faculty of Law at Oxford.

Antonios is a general international lawyer and has published in a number of areas reflecting his varied research interests. His books include Disobeying the Security Council (OUP 2011, re-issued in paperback with a new introduction 2013); The Settlement of International Disputes (Hart 2012, co-edited with CJ Tams); The UN Convention on Jurisdictional Immunities of States and their Property (OUP 2013, edited by R O’Keefe and CJ Tams, ass’t ed) and the Research Handbook on the Law of Treaties (Elgar 2014, co-edited with CJ Tams and A Zimmermann, and re-issued in paperback 2016). He has also published in the fields of the law of the sea, international investment law, and others.

Antonios advises states, international organizations, and other actors on matters of public international law from Three Stone Chambers in Lincoln’s Inn. He has acted as counsel, advisor, or assistant to counsel, and has provided expert opinions in a number of cases before international and domestic courts and tribunals, including the International Court of Justice, EU courts, the European Court of Human Rights, ad hoc and ICSID arbitral tribunals, and the courts of England and Wales. He has also provided training in international law to domestic judges, as well as diplomats, military officers, and other government officials. Between 2017 and 2020 he served as a member of the Scientific Council of the Ministry of Foreign Affairs of Greece.