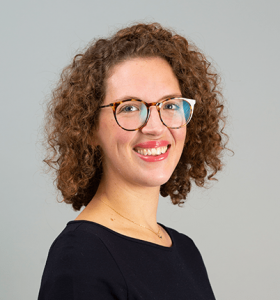 Belinda has developed a busy and wide-ranging practice, focusing on public international law, civil fraud and complex contract disputes, jurisdiction challenges (including relating to Brexit), and all aspects of international arbitration (including enforcement and challenges to awards in London-seated arbitrations).

Since she joined Chambers in 2015, she has appeared in the Supreme Court (five times), the Court of Appeal (including as sole counsel), the High Court (Commercial Court, Chancery Division, Administrative Court and Family Division), and before arbitral tribunals under a variety of rules (UNCITRAL, ICSID, LCIA, ICC, and LMAA). She also sits as arbitrator, having been appointed as sole or wing arbitrator on 7 separate occasions. She has also been appointed to the Attorney General’s Civil and Public International Law Panels.

Belinda has appeared in several high-profile cases, the subject matter of which attest to the diversity of her practice. These include acting on behalf of a group of lenders in linked Commercial Court anti-suit and arbitration proceedings (Africa Finance v Aiteo [2022] EWHC 768 (Comm)); on behalf of the Foreign Secretary in the Venezuela Gold case before the Supreme Court (Guaidó Board v Maduro Board [2022] 2 WLR 167); on behalf of Ukraine in the Ukraine v Russia application before the European Court of Human Rights arising out of the Russian invasion; on behalf of a defendant in the large-scale fraud claim in Public Institution for Social Security of Kuwait v Al Rajaan before the Commercial Court (one of The Lawyer’s Top 20 Cases of 2020); on behalf of the United States in inter-State cases before the Iran-US Claims Tribunal and the International Court of Justice; and in a rare shipping case before the Supreme Court (The Global Santosh [2016] 1 WLR 1853).

Before joining Chambers, Belinda was an Associate at Freshfields Bruckhaus Deringer LLP. She brings a modern, practical and team-oriented approach to her work as a result. Belinda has also worked in international courts and tribunals in Cambodia, Tanzania and Australia, including as an associate to the Hon. Justice Dyson Heydon AC, at Australia’s highest court. She is a graduate of the Universities of Cambridge and Queensland.