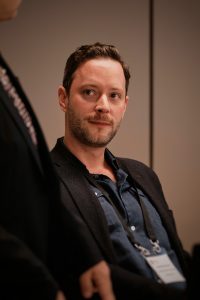 Greg is a specialist in trade law and policy. His research interests are principally in world trade law (multilateral and regional) and its interface with key policy areas including sustainable development, public health, foreign policy, and industrial strategy.

He was Co-Rapporteur for the International Law Association (ILA) Committee on Sustainable Development and the Green Economy in International Trade Law, which concluded its mandate in 2022. The ILA Lisbon Recommendations were adopted in June that year.

Greg spent four years working on trade law and policy in the UK government: first in the Foreign & Commonwealth Office as an AHRC-ESRC FCO Knowledge Exchange Fellow (2018-2020) and then as a Trade Policy Specialist in the Foreign, Commonwealth and Development Office (2020-2022).

He is, with Emily Jones (University of Oxford), the co-founder of the Trade and Public Policy (TaPP) Network, the UK’s largest network of academic trade experts.