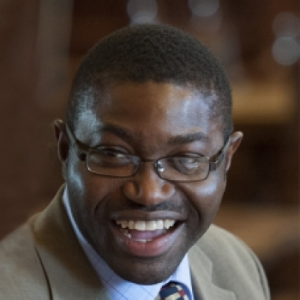 Dapo Akande is Professor of Public International Law at the Blavatnik School of Government, a Fellow of Exeter College, Oxford and Co-Director of the Oxford Institute for Ethics, Law and Armed Conflict (ELAC). From January 2023, he will be a Member of the United Nations International Law Commission. Before moving to the Blavatnik School, he was Professor of Public International Law at Oxford Law Faculty. He has held visiting professorships in the US, Europe and Australia including at Yale Law School and as the 2015 Sir Ninian Stephen Visiting Scholar at the University of Melbourne Law School’s Asia-Pacific Centre for Military Law.

Dapo is a generalist international lawyer who has worked across many areas of the field, including the law of international organizations, the law of armed conflict, international criminal law, the law relating to cyber operations, international dispute settlement. He is one of the authors of Oppenheim’s International Law: The United Nations (2017, OUP), which was awarded the 2019 Certificate of Merit by the American Society of International Law. He is co-editor of the Oxford Guide to International Humanitarian Law (2020 OUP); of Human Rights and 21st Century Challenges: Poverty, Conflict and the Environment (2020, OUP) and the Practitioners Guide to the Application of Human Rights Law in Armed Conflict (2016, OUP). He was a member of the International Group of Experts that prepared the Tallinn Manual 2.0 on the International Law Applicable to Cyber Operations (2017, CUP). Dapo has led several research projects. He is a convenor of the Oxford Process on International Law Protections in Cyberspace. From 2012 to 2017 he was Co-Director of the Oxford Martin Programme on Human Rights for Future Generations and from 2014 to 2019 was one of the leaders the European Research Council-funded project called “The Individualisation of War: Reconfiguring the Ethics, Law and Politics of Armed Conflict”. He was a member of the International Advisory Panel for the American Law Institute’s project on the Restatement Fourth, The Foreign Relations Law of the United States (2018).

He has acted as advocate, counsel or adviser in cases before international tribunals, including the International Court of Justice, the International Tribunal for the Law of the Sea, the European Court of Human Rights, the International Criminal Court and the World Trade Organization panels. He has also acted as a consultant/advisor in cases in national courts, including the UK Supreme Court. Dapo regularly provides advice on international law issues to states, international organizations and civil society organizations. He been a member of several boards and advisory committees for governments and international bodies including, the Advisory Committee on International Law of the United States State Department; the UK Ministry of Defence AI Ethics Advisory Panel; the Ukrainian Government Working Group on compensation for damage caused to Ukraine as a result of the armed aggression by the Russian Federation; the ICRC’s Global Advisory Board on Digital Threats During Conflict. In 2017/18, he was legal adviser to the UK Parliament’s All Party Parliamentary Group on Drone’s inquiry into the Use of Armed Drones. From 2016 -2018, he was on the World Economic Forum’s Global Future Council on Human Rights.

Dapo is frequently asked to speak to the media on issues of international law and has been invited to address several international bodies including the UN Security Council, the Human Rights Council, the Committee of Legal Advisers on Public International Law (CAHDI) of the Council of Europe.