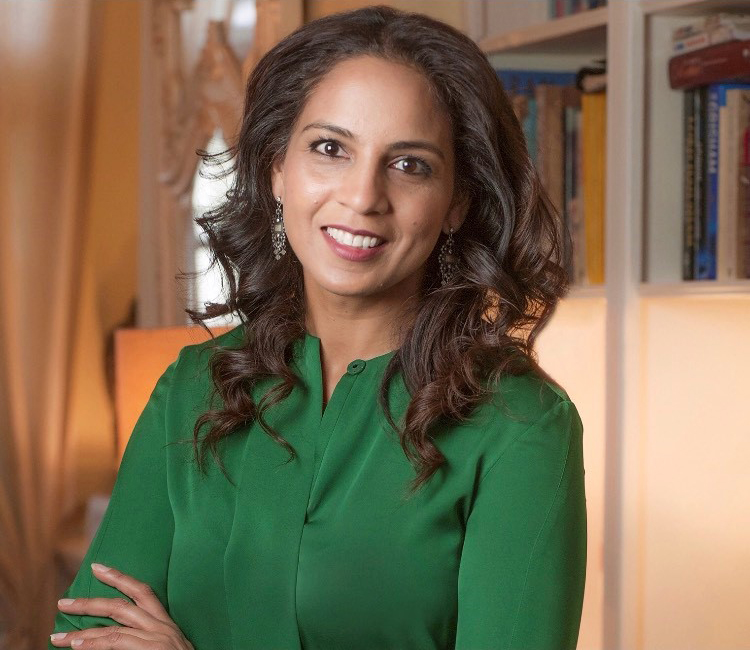 Professor Parosha Chandran is a human rights barrister based at One Pump Court chambers in London and a world-leading expert on the law relating to human trafficking, including for the United Nations Office on Drugs and Crime (UNODC), the Council of Europe and the Organization for Security and Co-operation in Europe (OSCE). With over 22 years of practice at the Bar she is recognised as a leader in her fields, having set numerous legal trafficking precedents through her court cases and advisory work, including in the criminal, non-punishment, civil, asylum, slavery and public law fields.

She has contributed to key international legal guidance on trafficking for the UNODC (Issue Paper & Guidance Note on Abuse of a Position of Vulnerability, 2012; Issue Paper on Consent, 2014; Case Law Digest on Evidential Issues in Trafficking Cases, 2017; Countering Trafficking in Persons in Conflict Situations, 2018; Model Law on Trafficking against Persons, revised 2018-2019; UNODC Trafficking in Persons in the Context of Armed Conflict, 2019), for the OSCE (Policy and Legislative Recommendations on the Non-Punishment Provision, 2013) and for the Council of Europe (HELP e-learning course on Combatting Trafficking, 2018). She has provided judicial and prosecutor training on human trafficking for the Council of Europe and the OSCE and has provided training for Commonwealth Parliamentarians on behalf of the British Parliament. She has advised on the domestic laws of numerous States. In the UK context this includes the introduction of the free-standing criminal offences of slavery, forced labour and servitude in 2009, on key provisions of the Scottish and Northern Ireland trafficking legislation and on the Modern Slavery Act 2015.

She has received many honours for her work including the ‘Barrister of the Year’ award in 2008 (Law Society of England and Wales’ Excellence Awards) and the ‘Trafficking in Persons Hero Award 2015’ from the then-US Secretary of State John Kerry, when she was marked out by the Obama administration for having developed the rule of law on trafficking in the UK and abroad and for her ‘unparalleled achievements in providing legal services to survivors of modern slavery’. She is the Senior Legal Advisor to the British Parliament’s CPA-UK Modern Slavery Project,  which supports Commonwealth States to improve their legislative responses to trafficking & modern slavery. She is the General Editor of the leading UK trafficking textbook, “Human Trafficking Handbook: Recognising Trafficking and Modern-Day Slavery in the UK” (LexisNexis, 2011). In September 2018 she received the distinction of being appointed the first Professor of Practice in Modern Slavery Law, at King’s College London, where she now teaches her own LLM course. She continues to practice at the Bar and retains her advisory roles.