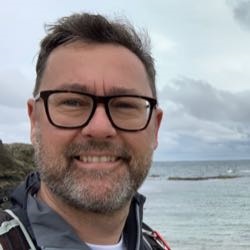 Richard Barnes is Professor of International Law at the University of Lincoln. He is also Adjunct Professor of Law at the Norwegian Centre for the Law of the Sea, the University of Tromsø.
He is widely published in the fields of international law and law of the sea. Property Rights and Natural Resources (2009), won the SLS Birks Book Prize for Outstanding Legal Scholarship. In addition, he has edited five highly regarded collections, including Frontiers in International Environmental Law. Oceans and Climate. Essays in Honour of David Freestone (2021), the Research Handbook on Climate Change, Oceans and Coasts (2020), and The United Nations Convention on the Law of the Sea: A Living Instrument (2016). He is currently working on papers on plastics and the circular economy, stewardship of the oceans, global solidarity and the law of the sea, the impact of COVID in maritime law, and the potential for an advisory opinion before international courts on climate induced sea-level rise.

He has acted as a consultant for a range of public and private bodies, including the WWF, the European Parliament, the UK Department for Environment, Food and Rural Affairs, the Foreign Commonwealth and Development Office, and Ministry for Transport. He also provided advice to foreign ministries. He has appeared numerous times before Parliamentary select committees on matters related to law of the sea, fisheries and Brexit.