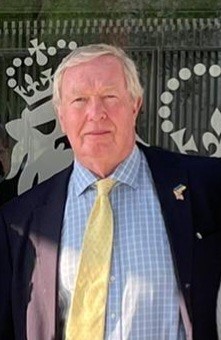 Sir Howard Morrison KC is a former judge of the International Criminal Court where he served as President of the Appeals Division. Prior to that he sat as one of the trial Judges at the ICTY in the case of Radovan Karadzic, a UK judge, a Senior Judge of the Sovereign Base Areas in Cyprus and as defence counsel at the ICTY and ICTR. He was called to the Bar by Grays Inn in 1977 and is a Master of the Bench of Grays. He is an Hon Professor of Law at both Warwick and Leicester Universities, being awarded an honorary doctorate (LLD) by the latter, a visiting Professor at Northumbria University and a Senior Fellow of the Lauterpacht Centre for International Law at Cambridge University. He lectures and trains student, lawyers and judges worldwide. He was appointed in turn OBE, CBE and KCMG for his international legal work in support of the rule of law. Latterly he was appointed as the Independent Advisor to the Prosecutor General of Ukraine in respect of alleged war crimes by the UK Attorney General in April 2022.